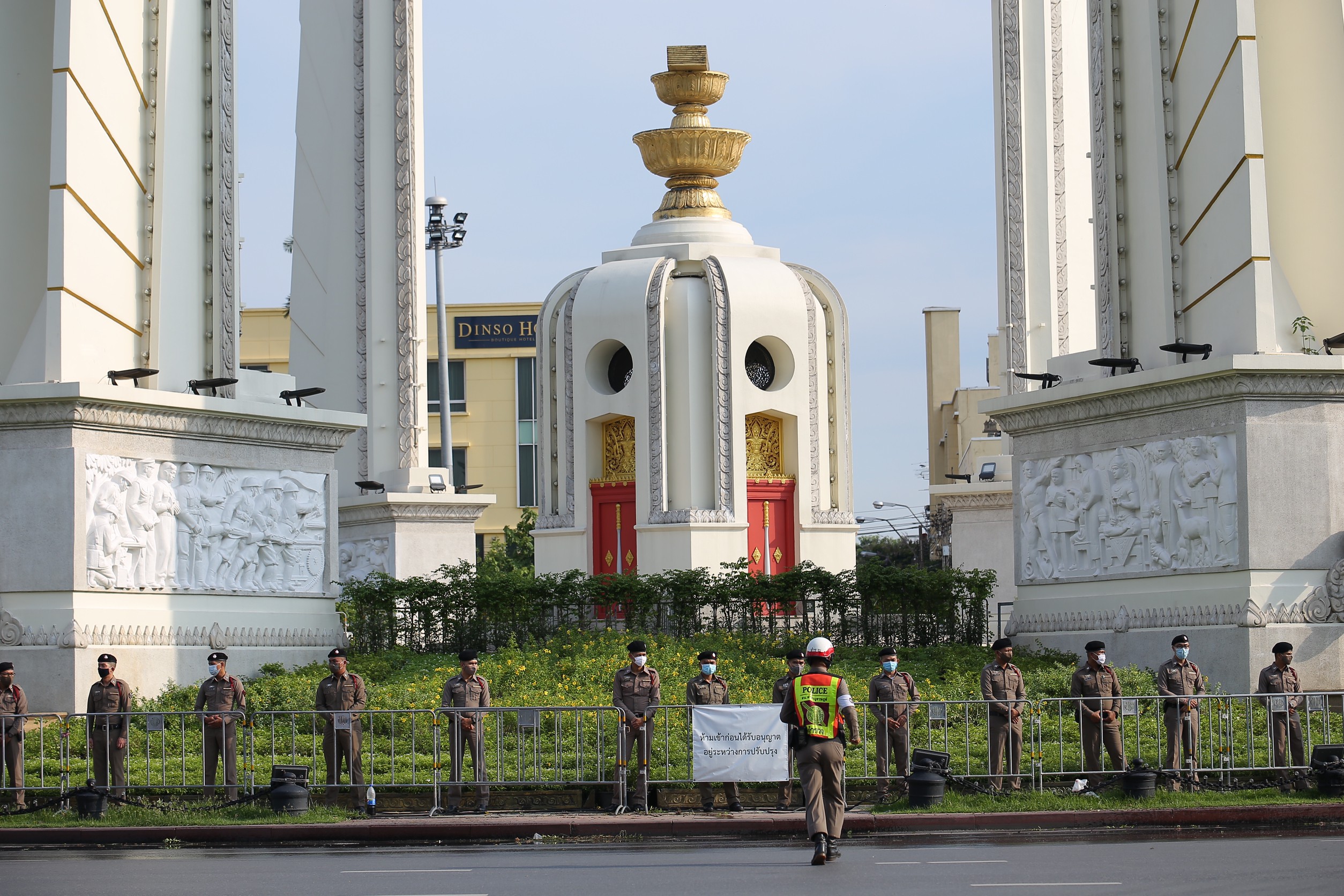 An announcement was issued on Friday by Thailand’s Supreme Commander General Chalermpol Srisawat, in his capacity as chief of the emergency situation administration for security affairs, reaffirming the current ban on public gatherings, for social or any other activity, in the COVID-19 “Dark Red” or “Red” zones in a way which may risk spreading COVID-19.
Violators are liable to two years in prison and/or a maximum fine of 40,000 baht upon conviction.
The supreme commander’s announcement was published in the Royal Gazette on Saturday, ahead of a planned protest at the Democracy Monument on Sunday, by anti-government groups.
According to the latest partial-lockdown measures, imposed by the Centre for COVID-19 Situation Administration on Monday, public gatherings of more than five people are prohibited.
Apparently unperturbed by the supreme commander’s announcement, Anon Nampa, one of the leaders of the anti-establishment Ratsadon group, said in his Facebook post today (Sunday) that the protest on Sunday will go ahead as planned.
He claimed that the government, which is leading Thai people to their deaths, has resorted to the two-year jail term to intimidate the protesters, but he said he will fight on until Prime Minister Prayut Chan-o-cha is removed from office, so that COVID-19 patients will not die, abandoned on the streets.
He estimated that thousands of people will join the protest.
Similar protests have been held previously by various political groups, but they attracted only small numbers of participant