Army sues over 'vaccine tourism in US' posts

Army sues over 'vaccine tourism in US' posts 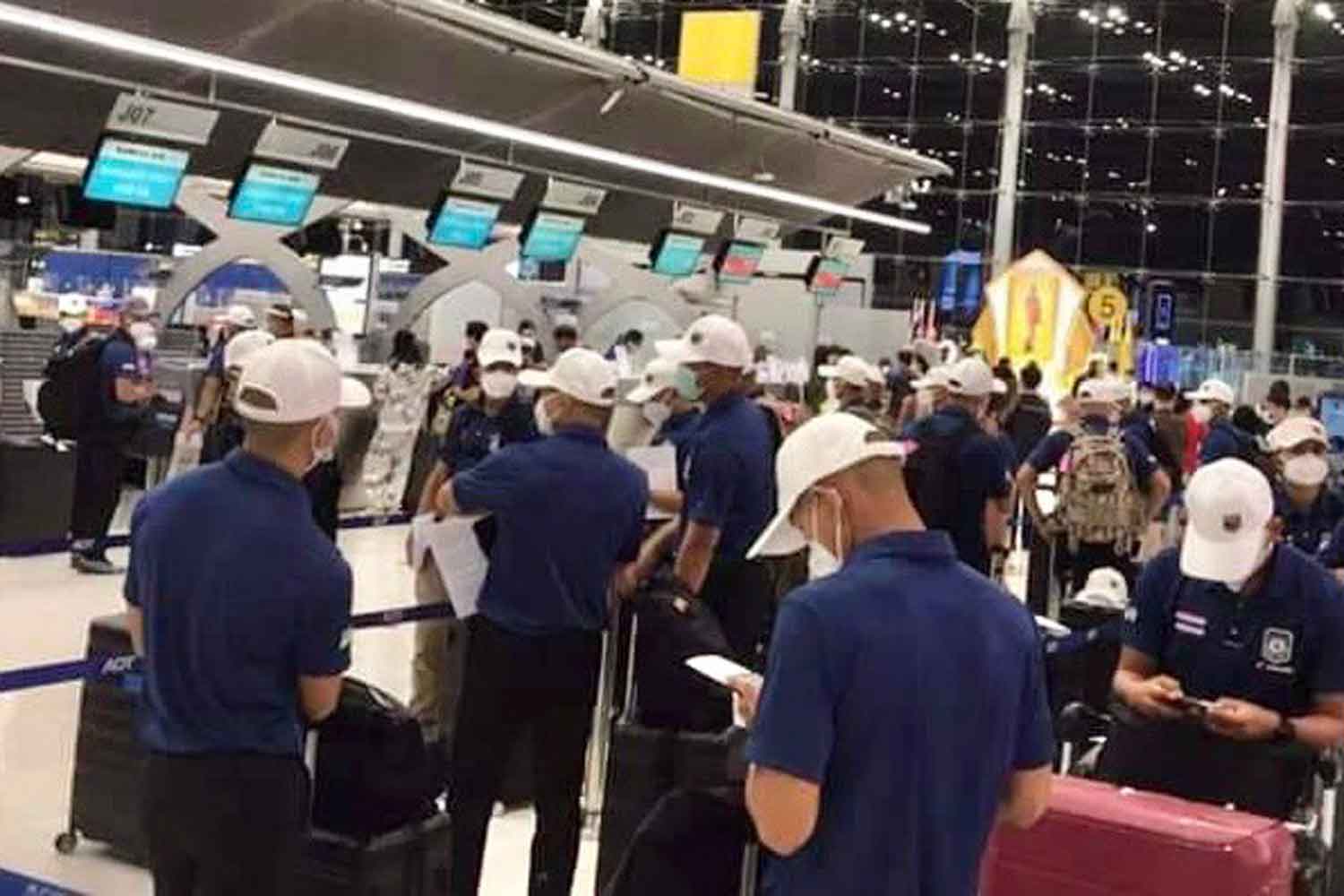 The army filed a defamation complaint against nine social media users for alleging some soldiers left for the United States to get the Covid-19 vaccine made by Pfizer.
Army chief Gen Narongpan Jittkaewtae had Col Nakhonsom Naowabut from the army's office of the judge advocate file the complaint with the Nang Loeng police station on Wednesday.

A source said the complaint targeted eight Facebook super slot users and one Twitter user, and more similar complaints would follow against other people. Defamation carries a fine of up to 200,000 baht and/or two years in jail.

The legal action concerned 114 Thai soldiers who left for a strategic airborne operation exercise at Fort Bragg in North Carolina from July 10 to 26.
Accusers claimed that the soldiers spent taxpayers' money on the trip to receive the Pfizer vaccine against Covid-19 in the United States.
Earlier, deputy army spokesperson Col Sirichan Ngathong said the accusation was baseless and the soldiers had received AstraZeneca and Sinovac vaccines, tested negative for Covid-19 and been quarantined.
She also said that the US paid for the training of the Thai soldiers.